This interview was first published at All About Jazz in July 2004.

Without the contributions of producer and entrepreneur Creed Taylor, the past, present and future of jazz would be differently written.

Five decades ago, Creed Taylor produced some of Bethlehem Records’ best albums, including sets by Charles Mingus, Kai Winding with JJ Johnson, and singer Chris Connor. He became known for his meticulous preparation and musicians’ ear (Taylor also plays trumpet), and in 1960 formed the Impulse! jazz subsidiary of ABC-Paramount Records. The Impulse! label quickly became synonymous with great music, releasing such jazz classics as John Coltrane’s landmark A Love Supreme and Oliver Nelson’s Blues and the Abstract Truth. Then, when Verve Records was sold to MGM, Taylor moved on to serve as head of Verve.

At Verve, Taylor directed nothing less than a worldwide musical revolution, fueling the international wave of “bossa nova” through collaborations with Antonio Carlos Jobim, Stan Getz, Charlie Byrd, and others. “The Girl From Ipanema” won the 1964 Record of the Year Grammy Award and the album from which it came, Getz / Gilberto won four more Grammys including Best Jazz Album and Album of the Year.

That “Girl” remains a rare almost inexplicable moment of musical magic: Taylor, saxophonist Getz and Brazilian guitarist / vocalist Joao Gilberto romantically dance through a Jobim program, but it was Gilberto’s wife Astrud whose unaffected, slightly unsure voice breathed life into “The Girl” .” It was her first professional performance.

Stop his story there, and Taylor’s musical legacy would be secure. But he moved on to team with Jerry Moss and Herb Albert and produce albums for A&M, claiming more Grammys and gold for his work with Wes Montgomery, then in 1968 he became his own boss, forming CTI Records—Creed Taylor, Inc.

Photo Caption: Taylor with emcee Sammy Davis Jr., Monica (Mrs. Stan) Getz (on Creed’s left) and vocalist Astrud Gilberto (on Creed’s right), accepting the 1964 Record of the Year Grammy Award for “The Girl From Ipanema.” The Getz / Gilberto album from which it came was also honored with the Best Engineered Recording (Non-Classical), Best Instrumental Jazz Performance (for Getz), Best Jazz Album, and Album of the Year Grammy Awards. Getz / Gilberto was received into the Grammy Hall of Fame in 1999 and the single in 2000. Exclusive, never before published photo courtesy of Creed Taylor.

After a hiatus due to financial circumstances, CTI Records returned in the 1990s. Taylor still has not stopped, releasing Summerflood by Jurgen Friedrich (piano) and Kenny Wheeler (flugelhorn) in 2003 to critical acclaim. Taylor is also raising his internet profile through an active role in ctirecords.com. “We need all the support we can possibly get compiling links to our internet presence because the competition is just so heavy,” he explains. “I’d like certainly to be very clear about the fact that this is the means of distribution of the jazz that I’m involved with now.” Half a century from his Bethlehem days, forty years after striking artistic and commercial gold with “The Girl From Ipanema,” Taylor continues with his body of work. His story and jazz his-tory seem forever intertwined.

AAJ: Let’s start at the beginning: What sort of music of music was heard around your house while you were growing up?

CT: When I was a teenager and even before I was growing up in Virginia. As a matter of fact, two mountains over from me was the birthplace of bluegrass. I can safely say that—the Carter Family. So everything I heard was bluegrass, and I can’t tell you that I was a fan…I heard a broadcast from Birdland one night, Symphony Sid. Since it was a very powerful station, I got it really loud and clear and I used to listen until two or three o’clock in the morning then get up to go to school at six o’clock. That was my indoctrination.

AAJ: What kind of educational background helps someone become a founder of a jazz label?

CT: I went to Duke University. I have a degree in psychology and I was a favorite of Dr. Rhine, he was the main ESP—Extra Sensory Perception—person in the profession. I was one of his guinea pigs and it turned out that I had quite a large ESP quotient myself.

When I went to high school I was listening to the Birdland broadcasts, etc., and occasionally being able to find a jazz ten-inch LP. I started playing trumpet in the marching band and the symphony. And I had a small band myself before I left Virginia to go to Duke. The reason I went to Duke was from hearing Les Brown and all the history of the bands who went through Duke. This was really a great jazz band—I call it a jazz band, it was a jazz dance band, or whatever—and the book was handed down from one class to the next, you had to audition and all the best players who came to Duke got on the band. Each year there would be new arrangements created and the band kept developing. I had a ball when I was there. A couple of summers I played at a club called Bop City in Virginia Beach with a quintet called The Five Dukes.

Then I graduated from Duke. I went into the Marine Corps for two years (I was drafted), spent a glorious one year in combat in Korea. When I came back, I went back to Duke to take some graduate courses. I did that a year and then I decided I’d just bite the bullet and come to New York to see what Birdland was really like. So I just moved up to New York and inundated myself with 52nd Street and all the jazz that was going on. You know the history of 52nd Street, from Sixth Avenue to Fifth Avenue was just lined with clubs at street level. They were all brownstones and every building had Dizzy, Sarah Vaughan, Oscar Pettiford, etc. I had a ball.

Then I met somebody who had started a record company, Bethlehem. The guy I knew actually had started the company. He was struggling and they were about to go out of business. I said, “I think I’d like to produce a couple albums. I’ll do a small group and see how it works out.” So I did Chris Connor, Sings Lullabys of Birdland , and it was a huge hit, considering the times. I don’t know how many units it sold but it was quite a successful record.

Then I recorded Mingus and Oscar Pettiford. Oscar and I became very good friends. That’s about the time I met Quincy Jones. Quincy had moved from Chicago to New York about the time I moved up. We were peers, about the same age. The first arrangement he did was for me, for Oscar Pettiford’s big band. We became friends and were in constant contact. Then I sort of lost touch with him after he moved to California and got involved with movie scoring, but I am still in touch with him. He called me as a matter of fact a couple of weeks ago to ask me if I was coming to the Olympics. He’s handling the music for the Olympics this year. Quincy a year ago was in Bangkok, he’s just all over the place. He’s just got a very healthy philosophy: “Hey, look, there’s always another train coming. We miss this one, we’ll get the next one.”

AAJ: So about this time Impulse! is sort of coming together?

CT: No. It went this way: I had a great deal of success with Bethlehem, and then I read about ABC-Paramount starting a record company, American Broadcasting and Paramount Theaters decided they wanted to start a record company. I read about it in Billboard , went over to see the new president of the new company and I said, “I’m very good at producing jazz records, I think you should hire me.” And he did.

I was producing all kinds of records other than jazz, too. I guess I was there about five years and at one point I decided that the thing to do is to start a separate label and use gatefold albums and high-gloss lamination and really dress the albums up so that they look distinctive in the marketplace. 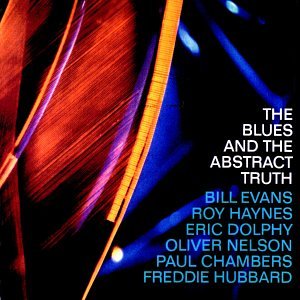 I founded Impulse!. I look back on it and think, I didn’t know that it was going to be around that long. At first, I wanted to call it “pulse.” I tried to clear the name “pulse” and it was already taken, somebody had “pulse” in the entertainment business. So then I put in Impulse! and Impulse! went through.

It’s very simple: I formed Impulse! but I couldn’t have formed it if the number two man at ABC-Paramount had not been very much on my side all the way. His name was Harry Levine. Harry Levine’s background was as the booker for the Paramount Theater so he knew all the people—he booked Sinatra and Benny Goodman and all those great entertainment acts into the Paramount. He dealt with the idiosyncrasies of the musicians’ show business type personalities and he was always up for a new idea.

You know Sing a Song of Basie? That was to say the least kind of an oddball album. But I went to Harry Levine and said, “Look, I’ve got these three—Lambert, Hendricks and Ross—and I tell you, we already tried session singers and they simply didn’t swing, so I’ve got to go in and spend some time in the studio overdubbing these three singers with the Basie rhythm section.” Without a budget or anything, Harry Levine covered for me and supported me. The Impulse! situation, he was all behind that. 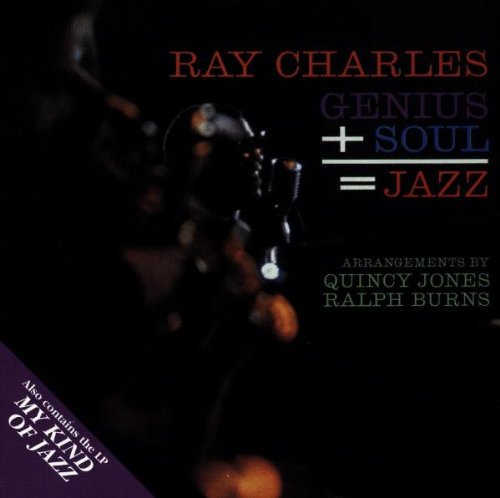 There was another guy there, Larry Newton, who was the sales manager. He had a R&B background, he loved black pop music or whatever it was called at that point. I put this idea together to do Gil Evans’ Out of the Cool, Great Kai and JJ Oliver Nelson Blues & the Abstract Truth…oh! and Ray Charles’ Genius + Soul = Jazz. Those would be the first, introductory releases from Impulse! records. Larry and Harry both thought it was great so they went to Sam Clarke who was the President of ABC-Paramount and he said, “Great, let’s do it.”

I said, “Look, we’re not going to have single-pocket LPs. It’s going to be gatefold and it’s going to be either art or photographs by high-priced photographers.” That’s the way it turned out. Actually, Larry Newton had just made the deal with Ray Charles’ manager to have Ray come over to ABC and record after having been on Atlantic for so many years. Ray did this and he was delighted to do it. It was the Basie band backing Ray Charles with Quincy Jones’ arrangements: “Genius plus Soul equals Jazz,” that was my title. We had that and from that we had a single to give the record leverage, “One Mint Julep.” So that was going and then on the serious jazz ensemble side we had Gil Evans’ Out of the Cool and the Oliver Nelson and the Great Kai and JJ. Bill Evans was in the rhythm section for Great Kai and JJ. He was on the Oliver Nelson also.