I just wanted to capture those impressive musical moments with pen and paper, as a record.
—Takao Fujioka

Although music is an auditory art form, for some, there has always been a strong visual component to it, particularly when album covers were at a high point. It’s hard to imagine some of the most famous albums without simultaneously visualizing their iconic covers. At their best, they contribute to the ambience of the experience and help set the stage for the music to follow. With that, it’s important to not only acknowledge the musical artists who have made a piece of work but the visual artists who have contributed to that experience. In my search for such an artist I found Takao Fujioka, a Japanese artist, whose work shows an abundance of technical skill, a dash of humor, and a great reverence for the music which has become his muse. Through an interpreter, he graciously answered my questions.

From the Osaka area of ​​Japan, Takao Fujioka is a graphic artist and jazz advocate in the highest order. In his late twenties he fell in love with jazz. Not only was he smitten with the music and the musical, but also with the artwork artists and the visual artists that produced those legendary album covers. Following a trip to New York in 2007 he was inspired to make jazz-based artwork of his own. Besides becoming a prolific artist in his own right, which includes many album covers, illustrations, and even a showing at the Jazz Gallery in NYC, Takao has also produced concerts in the Kansai region of Japan. He has run a record label and even started a free monthly jazz magazine called Way Out West: which recently celebrated it’s 13th year anniversary.

All About Jazz: What kinds of things did you draw in your earliest illustrations?

Takao Fujioka: I’ve loved drawing since my childhood, but somehow stopped drawing for a long time when I became a professional graphic designer in my early twenties. I took up my drawing pens again when I was 28, during my first visit to New York City to expose myself to live jazz. I just wanted to capture those impressive musical moments with pen and paper, as a record. At the end of my two-week stay in New York, I fortunately had a chance to show my illustrations there to Dale Fitzgerald of the The Jazz Gallery who liked them and strongly encourage me to keep developing my work. Following his advice, I’ve kept drawing jazz-related artwork ever since. In fact, since the beginning of my career, I haven’t drawn anything other than jazz-related illustrations.

AAJ: How did you get into designing jazz album covers?

TF: Being a big admirer of the great Blue Note Records designer Reid Miles, I started out in the early 2000s designing things for the local jazz scene like flyers, CD covers, and so forth. Dale eventually offered me a great opportunity for a solo show at The Jazz Gallery, which in turn introduced my work to jazz fans worldwide, which led me into the field of album cover artwork.

AAJ: Who are your greatest influences and what is it about their work that inspires you?

TF: In terms of graphic design, the works of Reid Miles have been a huge influence for the way he used space and typography, and much more. Together, those Blue Note covers are a Bible for designers.

In terms of illustrations, those of David Stone Martin, whose line work was inherited from Ben Shahn, are unique. Moreover, his humorous worldviews interweaving reality with fantasy are definitely something only he could create.

AAJ: How did you get so connected to jazz music? Do you play an instrument yourself?

TF: In my school days, I loved listening to rock music. It wasn’t until my late 20s that I was introduced to jazz, through my uncle. More specifically, it was through the music of

” data-original-title=”” title=””>Miles Davis during his “electric Miles” period that I got turned on to jazz. I don’t play any instrument.

AAJ: You are associated with Way Out West, a Japanese jazz magazine. Could you tell me about the magazine and your contribution to it?

TF: At first, I got involved with the local jazz scene in the Kansai, which is the southern-central region of Japan’s main island, Honshu. In the meanwhile, I started producing concerts and running a record label. These activities having made me keenly feel the importance of news media, so I started a free monthly jazz magazine called Way Out West in 2009. WOW marked its 13th anniversary in April of this year.

AAJ: What’s your favorite album cover of all time, yours or anyone else’s, and why? 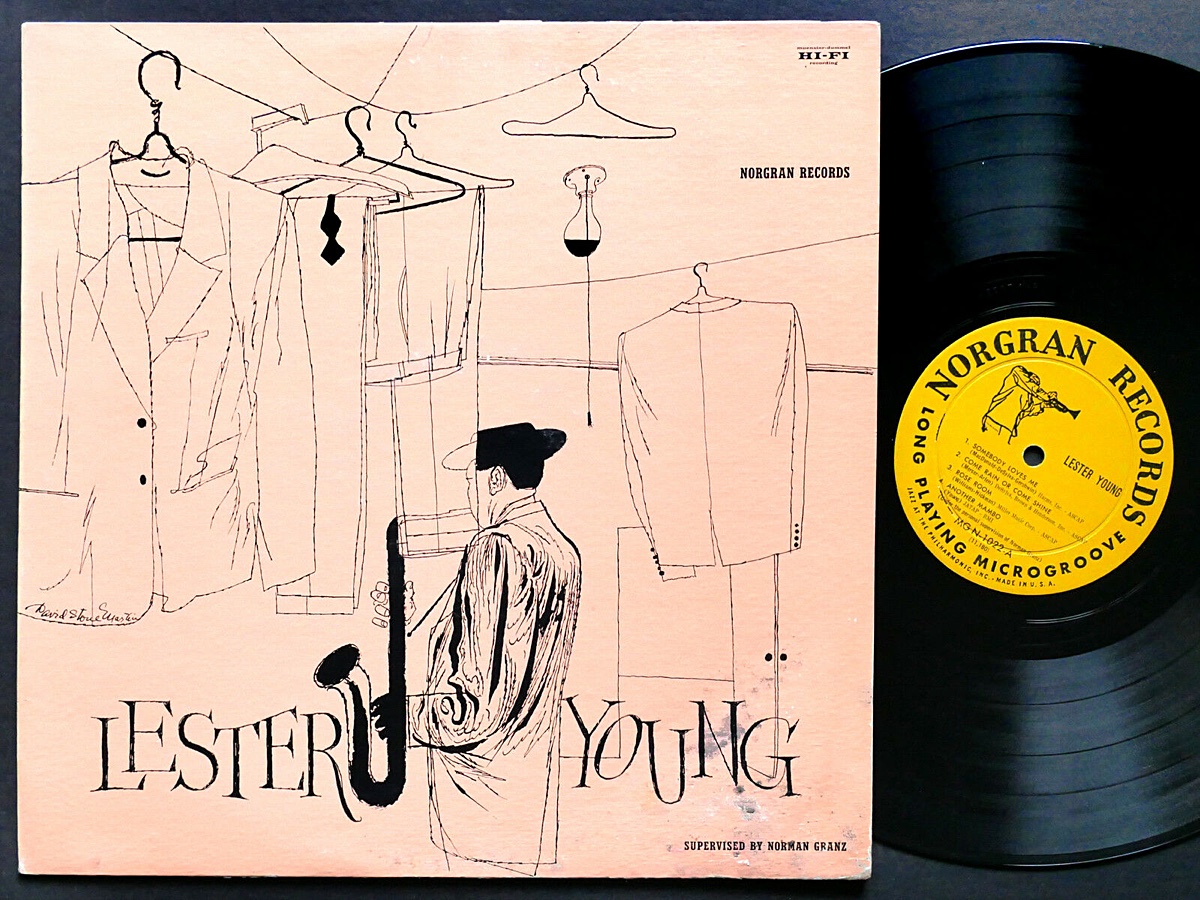 TF: It’s hard to choose one, but if I have to, it would be

” data-original-title=”” title=””>Lester Young‘s self-titled album from Norgran Records, one of the vintage LPs that I found at a local record shop in Osaka several years ago.

I believe this one is definitely David Stone Martin’s masterpiece. The balance between his sense of humor and the jacket design is just perfect. While some of his artworks come across as being just shy of perfect in terms of the combination of illustration and typography, this one is absolutely fantastic. 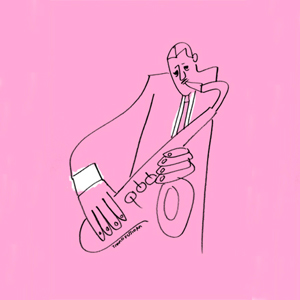 AAJ: How do you come up with the design for a certain recording? Are you usually given a direction or are you left free to come up with it yourself?

TF: My clients commission my work just because they like my style, so I’m usually given free rein to work as I please. I usually start my creative process by listening to a recording of a given album and knowing its title for inspiration. Fortunately, being able to access music and video recordings online these days has made the process much easier.

AAJ: Once you have a design in mind, how do you create the actual art?

TF: First, I still draw with pen on B4-size paper without the use of a drawing tablet. I then scan my drawings onto my Mac to design layouts and add colors.

My art work always includes typography designs for the titles and artist names. I combine multiple graphic components, including my illustration, into a complete cover design. Being a graphic designer myself, I engage in the art direction that goes with my illustrations.

AAJ: How do you feel the jazz scene in Japan is different than that of the rest of the world’s?

TF: In Japan, we still enjoy good old cultural places such as jazz kissa (coffee shops where you can enjoy coffee while listening to jazz) and CD stores. Lots of people have favorable impressions of jazz music. Hard bop, in particular, are revered by most of the Kansai jazz lovers. On the other hand, compared to the US and elsewhere, there are much fewer opportunities in Japan where one can be exposed to live music on the street or in restaurants.

In the Kansai, where I live, lots of jazz clubs have been hanging in there, but the COVID-19 pandemic restrictions have really handicapped them. I really hope Way Out West can be of some help to them.

AAJ: Is there a jazz artist you’d really like to make a cover for still?

TF: I really don’t have any particular artist I would like to make a cover for. Instead, I wish more and more illustrated album covers would be issued. I keep on drawing to create numerous unique album-cover artworks that match the creative music called jazz and hope they will become popular with general audiences.