One more overview of solo sax albums, in random order, but we start again with a female saxophone player.

I have once been in the situation that I was the only member of the audience when a free improv trio was expected to perform. Something must have gone wrong with the promotion of the concert, or people had other things to do, I don’t know. The musicians were friendly and agreed to give me a private audition, not an entire concert but half an hour, which I thought was more than generous on their part, and also a unique experience as a listener.

On “Corners‘, saxophonist Catherine Sikora does the same, but here deliberately: on a beautiful Sunday in May 2021, she gave 14 private improvisations at the Brooklyn Navy Yard, each time for only one person. It’s a long album, with each piece clocking around 7 to 8 minutes, but worth listening to. I imagine the open space of the room, the interested and possibly somewhat uncomfortable listener, and Sikora’s effort to bring her music, the listener and the space into a coherent whole.

It was her first concert since her performance in Paris in 2020 at the Center Culturel Ireland, released as “Sanctuary“.With “Jersey(2016) andWarrior(2019), this makes it her fourth solo album. Performing solo is the backbone of her work, even further reinforced by the digital single track release of “Backbone” on Bandcamp last year.

Her skills are excellent, navigating complex runs with agility and determination, with a warm and pure tone, but her strongest quality is the lyricism and melodiousness of her improvisations. Her music sings, soars, sometimes jubilates, and all this in a very gentle and welcoming tone. There are meditative moments, sometimes a little sadness or melancholy, but more often than not there is a feeling of joy, possibly because of being able to perform after lockdown, and probably because that’s in her nature of her music. There are never violent outbursts of very expressive moments of overblowing. Her style is more intimate, focused on the miniatures of her art, the play with form and structure.

The 14 listeners on that Sunday in May must have had a great listening experience. We can be happy to be part of it now. This is an excellent album. 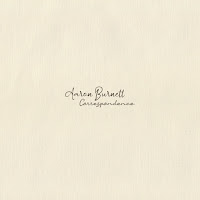 Possibly best known as the saxophonist of bassist Esperanza Spalding’s band, Aaron Burnett deserves wider recognition for the quality of his playing and his sense of musicality. The fact that he performed with Wynton Marsalis, may be good evidence of his technical skills in traditional jazz.

“Correspondence‘, his first solo album, is nothing less than fascinating: his compositions/improvisations are complex, with lots of counterpoint, as if he’s dialoguing with himself, and creating a kind of natural tension in the music, and the incredible speed at which he plays makes it even more exhilirating to listen to.

Even if all the pieces are improvised, they are still structured around musical concepts that remain for the length of each track.

Somehow, he mentions that “This is his final avant-garde record“, which is in itself a bizarre statement, and one we also deplore. This is a very promising record and I wish we could hear more from him in this abundant and exploratory environment. 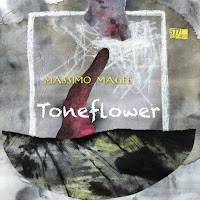 Massimo Magee is a British writer, visual artist and musician, whose artistic output is abundant and diverse. As a musician, he is equally versatile, performing on sax, clarinet, piano, trumpet, electronics and percussion. His first solo album, called “Seven Solos” dates from 2009, with each solo played on another instrument. Other solo albums are “Music in 3 Spaces(2016), “Tenor Tales(2018), andPoussezFrom 2014 is his first solo alto album.

This is his second solo album, clearly the horn that he is most comfortable with. His playing is intense and focused, exploring the legacy of great jazz saxophonists and musical innovators. Even if all tracks are improvised, they are still built around a core structural concept that gives the pieces solid anchor points around which to explore. This gives the album both variation and freedom. 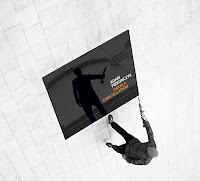 Adam Pierończyk is among those virtuoso Polish musicians who feel at home in any context, and who thrive in the various forms of jazz.

There are 35 tracks on this album, each one a few seconds longer than the previous one, starting at 1 minute and ending at 3 minutes. It was recorded in 2016 at a 16th Century Dominican monastery of Oaxaca, Mexico. Like in the music of John Butcher, the actual space of the performance plays an important role, resulting in a strong resonance of Pierończyk’s crystal clear pure tones. The reverberation adds a strong quality to the music, and a more timeless quality to his playing, in contrast to the more intimate closed space of his previous solo soprano album “The Planet Of Eternal Life(2013). The inspiration for this performance is now also to be found in nature and the stellar universe.

Pierończyk is not a timbral explorer. He stays within the sonic boundaries of traditional jazz soprano, but the real treat is the lyrical and melodic power of his musical poems.

Available from the label. 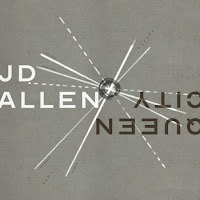 JD Allen is not a real free jazz player, but this album still nicely fits in this list of solo albums. JD Allen is possibly best known as a sideman with many jazz ensembles – and when you hear him play you understand – and his own work is why strong and high quality modern jazz. It is therefore a pleasure to hear him in a solo setting, the first of his career.

His playing is jazzy, rhythmic often, with a warm round tone. His playing is gentle, unhurried and relaxed. The compositions are nice, the sound quality is great. “Queen City(named afer Cincinnati, where the album was recorded, makes for pleasant listening. 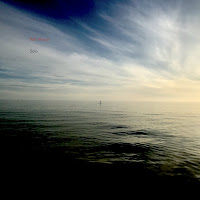 British altoist Will Vinson offers us his ninth solo album (although I could not find any information about the other eight), a gentle and welcoming record with 18 tracks that were composed/improved and recorded during the lockdown, while he was visiting his family in Australia. The quality of the playing is excellent, yet it stays on the safe side. He writes in the liner notes that the music was created duing”an intense period which began with the death of my beloved father and was closely followed with an intense and wretched 31 days of solid police-guarded hotel isolationI wish the music expressed that intensity and sense of grief and revolt.