I love any sound, including noise and also silence. I would use any sound and silence to make music. I don’t want to limit myself.
—Satoko Fujii

Satoko Fujii’s recorded output comes at you hard and fast. It can overwhelm. In 2018—in celebration of her sixtieth birthday—the pianist/composer/bandleader released an album a month. Not download offerings, but real, handsomely produced CDs, with top of-the-line cover art and sturdy cardboard covers—jewels for the eye, ear and hand. Several other years have seen a release schedule neary as aggressive as 2018’s. And she’s been at it for the entire twenty-first century, after her start a earlier, with, most notably, Something About Water (Libra Records, 1996), a duo outing with fellow pianist (and her mentor)

” data-original-title=”” title=””>Paul Bley. This “Essential Satoko Fujii” series is an effort to help the uninitiated and under-initiated get a handle on Fujii’s artist— solo, duo, trio, quartet and big band. 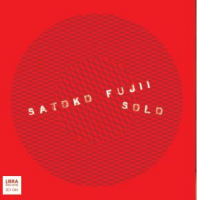 “Contemplative” is a word that comes to mind on the first spin of Sol. Considering Fujii’s extensive discography, that’s not always the case. Her orchestral outings (Nagoya, Tokyo, New York, Berlin) can sound cataclysmic and chaotic—though it’s a chaos that often gels into serene beauty, spiced with lilting melodic interludes. Her group Kaze: get too close to the speakers and it can burn off your eyebrows and take the enamel off your teeth.

As the music plays out on Sol, the relatively straightforward beauty and allure intersects with the burstings of breaking glass, the culminations of gathering momentums. An oddly flattened, percussive left hand bumps in with a beat that sounds like a resonant pulse.

Fujii’s discography is too vast and varied for the tagging of it with a “signature sound.” Solmore so than her other solo affairs— Sketches (Libra Records, 2004), Invisible Hand (Cortez Sound, 2016), or any of her numerous ensembles for that matter—deals in beauty, delicacy of touch, graceful melodicism. 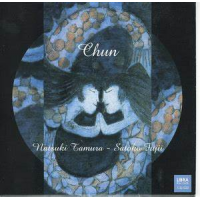 Fujii is especially adept in the duo format, most notably in her recordings with trumpeter

” data-original-title=”” title=””>Natsuki Tamura, her longtime musical partner, and also her husband. With Chun—Fujii at the piano and Tamura with his horn—anything goes, in conversations that roam all over the place in spirited give and takes. Madcap Keystone Cops soundtracks shift into pensive interludes laid down with a stately deliberation that, in a heartbeat, crank up to warp speed, spewing new ideas at an unrelenting pace. A sense of freedom and improvisation pervades. Currently, Fujii and Tamura are making recordings in their small apartment in Kobe, Japan, and the convenience of the home studio, with two musicians under one roof has moved them into the making of more duo sets. This is a good thing. 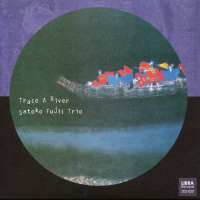 ” data-original-title=”” title=””>Jim Black in the drummer’s chair, with Fujii at the piano. It is perhaps their best, though that, of course, could be argued. The piano trio format is, in Fujii’s hands, unconventional. The unexpected lurks around every corner. Brashness and aggression mix it up with spaciousness and reverie, and sometimes pure noise. Fujii periodically explodes, making crystalline sounds, like those of a small animal that has leapt into the chandelier, in a high panic from the cat that was on its tail. Equality of input from the individual trio players is taken to the highest level, sometimes sounding more like a fight for dominance than a musical endeavor. 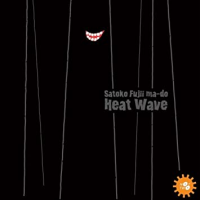 An incident that reveals something of the character of Satoko Fujii: On August 31, 2008, Satoko Fujii and her Ma-Do quartet played a show in San Diego, at the old Fifth Avenue Dizzy’s venue. Fujii and Ma-Do had recently released Heatwave . Mid-show, Fujii paused to address the audience, holding up the CD cover for the disc, that had a completely different color scheme than the for-sale album. Smiling, she said that the art on our albums was a mistake, that it was planned to look like the one she held in her hand. “It was a wrong, but I liked it,” she explained, beaming, “So here it is,” she continued, holding up the “mistake.” for all to see.

In Fujii’s musical world, maybe there are no mistakes. Heatwave, a piano/bass/drums/ trumpet affair, detonates on its eponymous opening number. The sound thereafter is by turns clamorous, brittle, loud, and seismic, and weird, an intricate weave of virtuosic muscularities. It finds unexpected grooves; Moments of exquisite reverie blossom—this is Satoko Fujii at her heavy metal best. If mistakes were made, they were embraced. 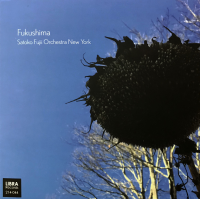 In 2011, an earthquake set into motion the events that would create partial meltdown of fuel rods in the reactors in a nuclear power plant in Fukushima, Japan. Radiation was released. The effects are still felt, and will be for decades (at least)—an especially troubling situation for the only country to have the initially catastrophic and ultimately corrosive and malignant aftermath of a nuclear attack.

” data-original-title=”” title=””>Satoko Fujii had something to say about this, with her CD release of Fukushima. This five-part, hour-long personal contemplation of the disaster—shaped by Fujii and her Orchestra New York—breathes into existence with “Part 1,” a just-above perception breeze, human breath, blowing through the horns, a wafting of most essential and immediate necessity for the maintenance of life. Or maybe it signifies an ill wind.

This sprawling symphony of sorts travels in a sometimes subdued manner over ominous terrain. The very electric guitar of

” data-original-title=”” title=””>Nels Cline— in his first recorded appearance in the Orchestra New York—creates searing but almost under-the-radar emissions of ionized radiation, knocking electrons off of the ambient atomic materials in its path. Horns enter—sometimes they rage, sometimes they fall to their knees in anguish, or howl with pain, or soaking in sorrow. The thirteen piece ensemble—three reeds and six brass, along with bass/guitar/drums rhythm team—breaks into smaller units, then swells into majestic plumes of virulent harmonies, or sharp spikes of tainted atomic material. In “Part 4,” a stealthy subterranean moan lays a foundation for brash horn statements, labored breathing, and, ultimately, the chatter of distressed birds—canaries and sparrows engulfed in the invisible wash of deadly radiation. Then a powerful and relentless groove settles in, on one of Fujii’s masterpieces.