A quick update on new solo clarinet albums. We try to keep track of what’s happening out there, and offering you this list of possibly interesting albums will already be the first step. Our latest collective overview already dates from a 2014, which does not mean that we did not review solo clarinet albums in the meantime. We start in Poland, the country where the clarinet is strongly embedded in the country’s musical culture.

On “Regions“, Polish musician Michał Górczyński limits himself to the contrabass clarinet, which is one octave lower thatn the Bb bass clarinet. His music digs to the deep roots of the “Songs of Polish Folklore” by Oskar Kolberg (1814-1890). line of each piece, or its “cantus firmus” is directly derived from these folk songs, that often have klezmer tonalities, and form the basis against which Górczyński’ polyphonic folk art develops. This is free improvisation of the best kind, based on ancient melodies, expanding on them, giving them a new voice, new resonance and new meaning. 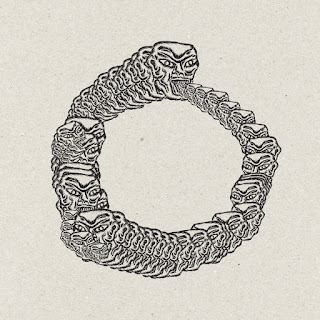 The Ouroboros is an ancient symbol depicting a serpent or dragon eating its own tail. The ouroboros entered Western tradition via ancient Egyptian iconography and the Greek magical tradition. The ouroboros is often interpreted as a symbol for eternal cyclic renewal or a cycle of life, death, and rebirth. (Wikipedia)

The three pieces on this album are aptly called “Birth” (a lullaby), “Life” (a wedding song) and “Death(a funeral march) and it starts and ends with the ticking of a clock.

We know Szamburski from his work with “Bastardaand with Mikolaj Trzaska’s Ircha Quartet. Szamburki weaves the sound of his clarinet, full of reverb and resonance, in different layers to present his musical vision of life. The result is a moving and melancholy work, each track ending with actual folk songs that inspired the three pieces, the first sung by Józefa Albiniak “Jarzębina” and the second and sung by a small ensemble of women, from the Remek Hanaj collection.

Even if a solo album, the music offers a full and broad sound, very coherent in its concept and voice. This is not free jazz, but free music with strong roots in folk music. 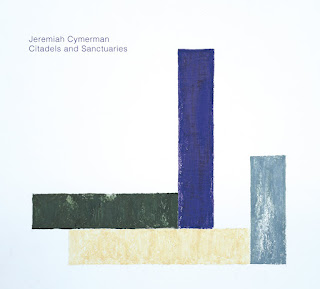 At the occasion of his 40th birthday, Jeremiah Cymerman presents his fifth solo clarinet album, this one dedicated to the musicians who influenced him, in the following order: Bill Smith, Alvin Lucier, Horațiu Rădulescu, Morton Feldman, Toru Takemitsu, Mario Diaz de Léon, Tony Scott, Nate Wooley, Iancu Dumitrescu, Evan Parker. Wide horizons of influence indeed, but Cymerman does not compromise on his own sound and voice. This is unmistakingly an album made by him that anyone could identify blindfolded. Even if he writes in the liner notes that “I like showing another side of myself. I don’t want to just make abstract, dark music all the time”the desolation and sadness of his music still prevails.

The tribute is well reflected in the title: these composers built musical citadels, strongholds that you can look up to, often difficult to access let alone to conquer, while at the same time offering sanctuary, a welcoming support and protection against the hostile world.

The last track is dedicated to Evan Parker, about whom Cymerman writes: “Evan and I have talked at length about looking up towards something and making art that attempts to ascend to some kind of height. I feel these pieces are genuine offerings of love and respect to just a few of the artists who have had a huge impact on me.”

Cymerman is among the best on clarinet, solemn, authentic, precise, sensitive. His art is indeed at a very high altitude, ascending, transcending too.

Matt Lavelle – When the Trees Sing – Solo Bass Clarinet in Philadelphia (Self, 2021) 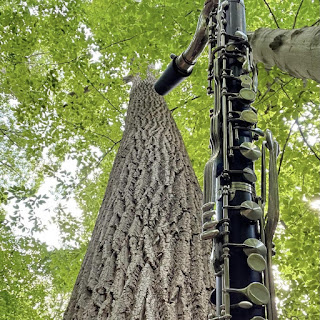 On “Solo Bass Clarinet in Philadelphia“,”, the sub-title is self-explanatory. With the exception of his piano album with Daniel Carter, we know Matt Lavelle primarily as a trumpet, flugelhorn and bass clarinet player. I think this is his first solo bass clarinet album.

His freely improvised pieces are titled as “songs”, and indeed his intimate musings are lyrical and subdued.

Lavelle gives a very honest and insightful text on his history and struggles with the instrument, including anecdotes where he was corrected by other musicians on his playing: “Daniel Carter and Sabir Mateen both pointed out to me that I was playing bass clarinet like a trumpet in the upper register” and “Then (I tell this story over and over) Ornette himself told me to stop the bass clarinet madness, literally taking the horn away from me in his music room.“

Next to his “songs”, he plays compositions by William Parker, Alice Coltrane and François Grillot. It’s a fun album, and yes, as these are songs, they are often played in the upper registers. Lavelle also released a solo flugelhorn album last year, about which we will hopefully make a review in the future. 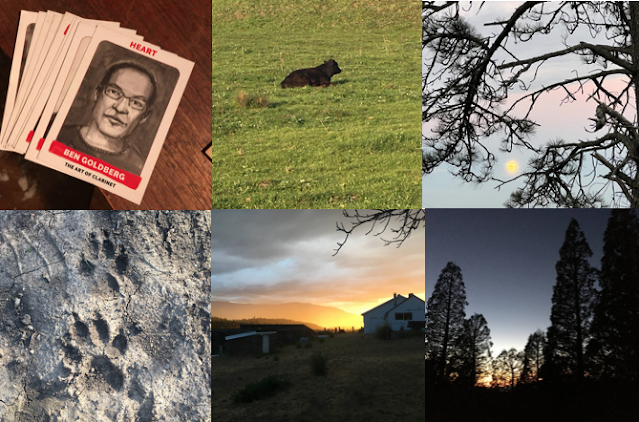 And to make things a little more complex for reviewers, Ben Goldberg just started with a whole new series of solo clarinet pieces on Bandcamp, called “The Werewolf Series”. The series consists for the moment of the following titles:

They each contain short clarinet solo snippets, musical ideas that are available to be shared and integrated in other musician’s performances. In this sense, these can be called musical ingredients, suggestions, or even offerings. Goldberg is generous enough to make them available for free.