Martin Wind: No Second Thoughts article @ All About Jazz

” data-original-title=”” title=””>Martin Wind is nothing if not brave. But then any contemporary jazz instrumentalist courageous enough to so forthrightly comport himself on the instrument in the shadow of the late icons such as

” data-original-title=”” title=””>Jaco Pastorius would certainly have no compunctions about recording and releasing two differently conceived albums within just months of each other. Air and My Astorian Queen feature two different quartets anchored by the German-born musician who also displays the audacity (albeit in understated style) to mix his own original material with that of artists ranging from Lennon and McCartney to JS Bach. Yet what seems overreach at a glance turns out to be exceedingly fluent upon close perusal: Wind’s band-leading is an indispensable element in not only fusing each record into a seamless whole but also formulating creative continuity between the two LPs. Perhaps merely pleasant on first hearing(s), the records reveal incremental nuance with repeated listenings that ultimately turn them addictive. 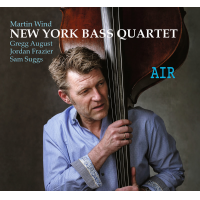 ” data-original-title=”” title=””>Weather Report‘s most famous tune, “Birdland,” seems like nothing so much as a setup to convince the skeptics and/or naysayers of this album’s worth, not to mention it’s accessible nature. Likewise, the quietude radiating from “Air” (Trio Version)” not only offers the opportunity to ruminate on this Bach piece, but also contemplate the expanse of ground this adventurous musician and his collaborators have traversed in the prior fifty-plus minutes of originals , the aforementioned covers as well as material composed by such esteemed personages as bassist

” data-original-title=”” title=””>Ron Carter As an essayist—are not exactly secondary to these dates, but rather some distinctive footnotes.

Musiclovers reticent about the prospect of becoming engrossed in the sound of multiple basses might well avail themselves of Martin Wind Quartet’s My Astorian Queen. Quite likely the album will turn out to be a revelation on multiple fronts, in a large part because the bandleader’s deceptively imposing approach mirrors the cover graphic on the front of the glossy package: Wind is towering over a city skyline in much the same way his ambition —on this record and its ostensibly more challenging counterpart—transcends what is often simply a rote within the jazz milieu. Drawing upon a quarter century of experiences in New York City—and his affection for the object of this album’s title—the bassist and his counterparts (Hornman

” data-original-title=”” title=””>Matt Wilson) illustrate how musical, professional and personal bonds are formulated, nurtured, and ultimately interwoven. In tracks such as the bandleader’s original “Solitude” and Gershwin’s “There’s A Boat That’s Leaving Soon For New York;” This music and the players creating it bring to life a multi-layered metaphor for such relationships. 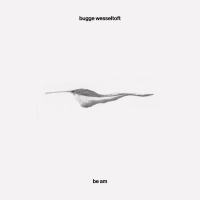 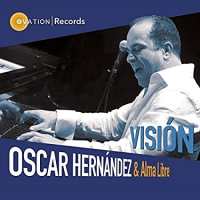