The liner notes for this one explore the beginnings of “free jazz” and namecheck Guiseppei Logan’s eponymous 1964 ESP album. It’s an apt shout out because listening to Winter Garden I felt it was almost a platonic ideal of a free jazz record. When I find myself thinking, “I’d like to listen to some free jazz, now,” this is exactly what I’m talking about. Everything I want out of free jazz is present. The Flow Trio is Louie Belogenis (soprano and tenor), Joe Morris (bass), and Charles Downs (drums). Add Mcphee on tenor and you would be right to expect intricate, knotty, cracked, and entangled saxophone lines. The music is entirely extemporaneous and, for the most part, seems joyful and extravagant. In the moment composition happens, as in the piece “Recombinant,” where Mcphee starts with a very brief and simple ostinato. It becomes an anchor for Belogenis’ soprano for two minutes, when the bass picks it up and the drums come in. It’s strikingly lyrical.

In a group like this, I think it’s natural to organize the sound in your head as horns and rhythm section. Maybe it’s the nature of physics and sound? All four are equals on Winter Garden, and when the horns drop out, the bass and drums deliver improv as complex, intriguing, and compelling as any. 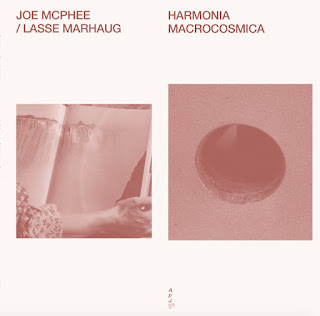 The shift from Winter Garden to Harmonia Macrocosmica is jarring. The two contexts are that different. It’s not surprising if you’ve spent any time with Mcphee’s catalog, but sometimes it can catch you unawares.

Harmonia Macrocosmica is a collaboration with Marhaug setting a scene of electronics, industry, and dystopia, which Mcphee’s horn inhabits. I don’t usually go right to the programmatic interpretation of a piece—what movie would this be the soundtrack for?—but with pieces titled “This Island Earth,” “Gravity Check,” and “Two Lost Worlds,” I feel comfortable saying this is a storytelling set of music. The stories may not be articulated, but they are evoked. The deep hums, scrakity buzzes, moany screams, skittering horn, and murmured conversations in no language you ever heard take us to a place of dread, suspense, and anticipation. It’s only 35 minutes, but you come out the other side changed. 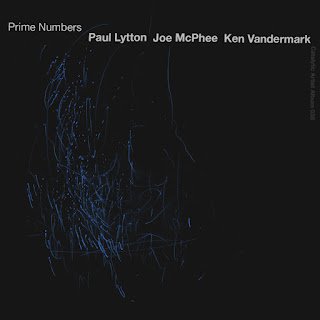 Prime Numbers is the 38th release in the Catalytic catalog, and it presents a performance of Joe McPhee on tenor and soprano, Ken Vandermark on tenor and baritone sax, as well as Bb and bass clarinet, and saxes with Paul Lytton on drums. The concert was Recorded at the 7th Annual Empty Bottle Festival of Jazz & Improvised Music in 2003. The concert consists of three lengthy pieces, two with great and dynamic free jazz interaction between the three improvisers, with an unexpectedly quiet and calm free improvisation in the middle section.

Despite the many years of listening to free jazz, the magic of three virtuosi co-creating a common sound and even harmonies without prior agreements, whether in the ferocious or the more sensitive moments, remains a wonderful surprise. 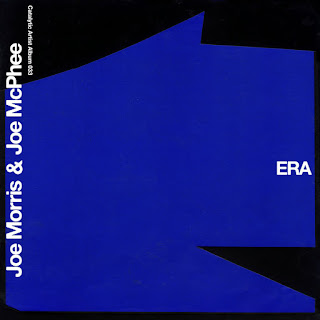 Another Catalytic Artist Album is available without having the subscription. It is duo recording of Joe McPhee on tenor and alto with Joe Morris on drums. We all know Joe Morris as a guitarist and bass player, but not really as a drummer. In the liner notes he humbly accepts his limited experience on the instrument, even though it’s already his fifth album on the instrument, but he rightfully thanks Joe McPhee for the opportunity: “Joe McPhee is one of the few musicians I’ve known who is totally open to making music in any situation, with anyone. It seems to me that his main criteria is camaraderie and artistic credibility, simply put, a kind of ‘let’s do our best to make it sound good by working well together and helping each other” approach.. There’s never a weird burden of any specific technical demand, except maybe “please don’t box me in” and more :“At 80 years old he has an almost boyish enthusiasm and willingness to be open to new things and especially to the surprise that happens with the best improvised music. He often follows a gig or session with an email saying ‘Thanks for letting me relive my childhood.” I think I speak for every musician who has played with him and every fan who listens to him when I say that I have never heard him do the same thing twice. Sure, he has a sound on saxophone and trumpet, but he repurposes them for every performance. The only way to be that unpredictable is to have a mastery based on employing very particular material in spontaneous response to the moment you are living in. True openness.”

We could not have said it better, and it’s nice to close the overview on new McPhee albums with this quote.

This album consists of five fully improvised tracks, recorded in May of last year at Morris’s own Riti Studios. The playing is good, as is the interaction, with lots of variation despite the limited line-up. “ERA One” is exploratory, “ERA Two” is more uptempo, “ERA Three” is subdued and calm, “ERA Four” switches dynamics frequently, and “ERA Five” is a great closing of the album, with a short drum solo by Morris.

The title is explained in the liner notes, and refers to the corona virus pandemic, “the end of an era and the start of a new one”“.