My job is making music I believe in.
—Satoko Fujii

Satoko Fujii releases a lot of albums. Most of them are regular CDs, but she has also moved into the Bandcamp offerings, online only. The Essential Satoko Fujii, Part 1 featured four different sides of her artistry: solo, duo, trio, quartet and orchestra. Part 2 will showcase some of her outstanding duo discs. 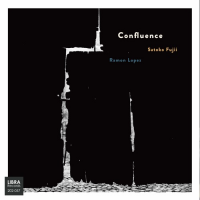 ” data-original-title=”” title=””>Ramon Lopez had never recorded together before their session for Confluence , and they had only played together once, in a trio. But with no advance planning, the pair stepped into the studio in 2018 and began recording, and things clicked. The result is one of Fujii’s most peaceful, quiet and beautiful recordings.

Confluence contains the attributes of those relatively rare, more inward and restrained solo recordings, with the benefit of the enhancements of Lopez that seem as perfect as the sonic tapestries that drummer

” data-original-title=”” title=””>Bill Evans in the pianist’s late 1950s/early 1960s trio—sounds so meshed with Fujii’s vision, in a subtle, intricate and melodic way, that they seem inevitable. 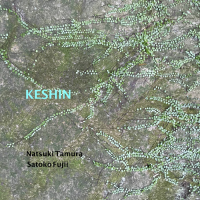 The comfort level between pianist Satoko Fujii and trumpeter

” data-original-title=”” title=””>Natsuki Tamura is as high as it can get on Keshin, and there is no mystery as to how that comes about. They have extensively recorded together for more than two decades, in every format from duo to orchestra and everything in between. On the album’s opener, the Fujii-penned “Busy Day,” the music begins with her piano asking a succinct question, followed by Tamura’s tart answer, followed by a bold unison interlude. The sound has the feel of a stop and start bumper car contest, with just two cars in the game. And sometimes those cars roll a smooth road, sometimes they careen, two cars weaving around each other like roller derbyists, bumping and bouncing off each other; and—for those who have followed the Fujii/Tamura duo work—it is apparent that the sound has taken on a more solid structure. It is still freewheeling, to be sure, but it sounds more architecturally laid out, making less use of sonic chaos, and using it astutely and sparingly when the right time comes. 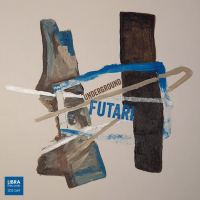 Opening with the title tune, the sound of Underground has a definite subterranean vibe featuring rich reverb, like accordionist

” data-original-title=”” title=””>Pauline Oliveros‘ echoing cistern recordings; like music created in a cave—and not a cave made from an incessant flow of water, with a gleaming damp floor and dripping stalactites, but one created by the slow dry tectonic plate movements that have opened up cathedral-like, high ceilinged caverns which capture every sound for wavering sustain and gentle swells of amplification. Like sounds we have never heard before. 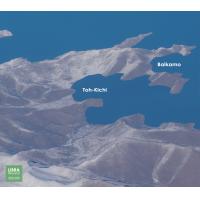 Some of the pianist

” data-original-title=”” title=””>Satoko Fujii‘s most explosive music comes with her work with drummer Tatsuya Yoshida. Their duo outings under the name Toh-Kichi, including Erans (Tzadik, 2005) and Toh-Kichi (Victo, 2002) are raucous affairs that veer in an out of mayhem, as are their recordings with the Satoko Fujii Quartet, including Vulcan(2001), Zephyros (2003) and Bacchus (2007), all on the Libra Records label. Yoshida is a stomp-the-floors, slam-the-doors percussionist—you won’t hear much in the way of subtle colors or delicate texturalizations from him. For her part, Fujii—who is more than capable of nuanced beauty—more than matches Yoshida in muscularity, implacable energy and eruptive blasts on Baikamounder their old duo moniker, Toh-Kichi. 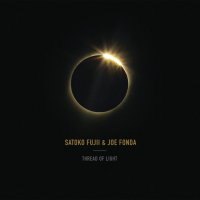 Thread of Light, the Fujii/Fonda teaming’s fifth album release, came about in a way unlike anything they had done together before. Stymied by the Covid quarantine, Fonda emailed Fujii and expressed his frustrations with the situation, and Fujii filled him in on her new way of music making: file swapping with collaborators oceans away, playing together via the internet, recording solo and duo albums, the duos with trumpeter

” data-original-title=”” title=””>Natsuki Tamuraher husband, in their apartment in Kobe, Japan, and posting a good deal of this recorded-at-home music on Bandcamp.

A light must have popped on in Fonda’s head after his Fujii-inspired trip to Bandcamp, where he found a Fujii solo set entitled Step On Thin Ice (2021). Deep listening to the music told him he could do something with it, with his bass. Fujii must have agreed. The result is Thread Of Lightfeaturing Fonda’s deeply considered contributions to Fujii’s solo set. Thread Of Light surpasses (no easy task) those previous efforts; it is the best, most engaging music to date by the Fonda / Fujii duo. Why? Maybe the template of the spacious solo piano set, combined with the time allowed for study and consideration of additions and embellishments, makes for a clearer focus.

Fonda sounds as if he has steeped himself in profundity. If Fujii’s piano is the stars, Fonda’s bass is the fecund, muddy biomass baking in the sun at the bottom of a shallow lagoon—an impression from the set’s opener, “Kochi.” Its follow-up, “Fallen Leaves Dance” features Fujii at her most exuberant, with Fonda trying to tether her down, and “Reflection” sounds like a ‘beyond time’ rumination of the mysterious workings of the universe.