A New Wave of Jazz is a label run by Dirk Serries whose first activities reach back to 2015. Since then, it has accrued over 50 releases of free jazz and related minimalist music, if one takes into account those recordings released through their subscriber service. Many of these involve Serries himself; others do not. Invariably, however, these releases are compelling, when not also pushing the boundaries of their respective aesthetic corners. Below is a review of several of the label’s recent duo releases, and one quartet, which was a long-distance pandemic collaboration.

It begins with protracted, stable layered tones. First Jackson, then Webster deviate into more active territory, but still hold back in volume as the piece builds in intensity. They then slip into ping pong of short chirpy phrases, feinted wells of sound, and percolation, huffs and whispers. Although each of The Other Lies‘ Six tracks has its own focus and intensity, all are somewhat restrained considering much of Webster’s other work. And they are all the more interesting because of it. Indeed, these pieces, all improvised, run the gamut from long-tone minimalism to a sprightly neoromantic races to free arrhythmia. Webster and Jackson are both deft reedists and, although they do not follow the post-modern extended techniques playbook completely, they add just enough clucks, squeaks, tinny trills and breath to keep this duo session interesting for the entire hour it runs. 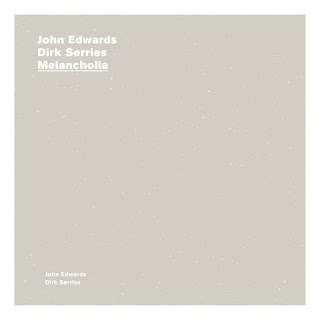 Two masters of improv, an acoustic guitar and a double bass. What is not to like? This is very much what one would expect from John Edwards and Dirk Serries. It ebbs; it flows; it contorts. Serries’ metallic strums are met tit for tat by Edwards. Edwards’ itinerancy is circled by Serries’ clangy runs. And vice versa. Edwards deploys his array of techniques, shifting from extended periods of strums to struts to scratchy bowing. Both musicians really show some patient creativity, here, without grandstanding or grooving. Some of that likely has to do with the intimacy of these types of duo sessions. It gives him and Serries space, especially in the second of two tracks, to explore their own corners of sound when they are not looping through each other. Little information about the meeting is offered, though this sounds like a free improv meeting, wherein ideas may have been discussed beforehand but little was put on paper and parameters rather than charts were set.

NB: Raw Tonk has a quartet release featuring Edwards, Serries, Colin Webster and Andrew Lisle recorded at these same sessions. I am not sure which was recorded first in the day, though I would wager Melancholia was. Regardless, taking the two together displays just how adaptive and responsive Edwards and Serries are. Despite a similar tendency toward subtlety and understatement, Peck and Fleet is a very different release. 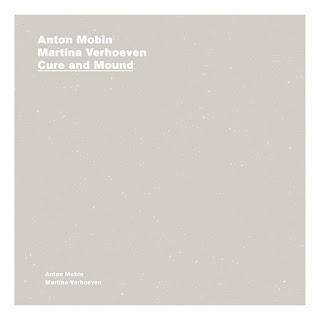 I was very excited when I first encountered Cure and Mound. I first encountered Anton Mobin’s work years ago, through live online release with Thomas Thiery through Audioactivity. Since then, I know he has worked extensively with field recordings and cut-and-paste music concrete and was featured on disc 5 of the Sonny Simmons box-set Leaving Knowledge, Wisdom And Brilliance / Chasing the Bird . That said, I, in my restricted corner of listening, have not really heard much of him since. On Cure and Mound, he joins pianist Martina Verhoeven for a compelling romp through some strange sonic terrains. This is another duo, like the previous two, recorded in February of 2020, right before Covid got real for many of us and the bare-bones (and heavily produced) solo, then duo, became the ensemble of choice. Indeed, this sounds more social than that. Recorded only a few months later, this almost inevitably would have been a remote affair. (See below for a success in remote improvisation and convincing cohesion.)

Verhoeven and Mobin engage is a brilliantly noisy dance, the metallic clangor of the piano and the tortured grind of Mobin’s prepared chamber (see a description and image here) intermingle into a single, scraping force. Verhoeven herself shuffles between truncated phrases on the keys and pounding the piano, both inside and out, implying some extra-acoustic elements through extended techniques and piled sounds. For his part, Mobin bends the electroacoustic barrier in his custom box of objects, pickups and contact mics, which contribute further to the listener’s wonder of where exactly these sounds emanated. Although some of this is more tuneful, such when Verhoeven stretches out about two-thirds into the first track, it is more generally noisy, cacophonous and glitchy. And wonderfully so. 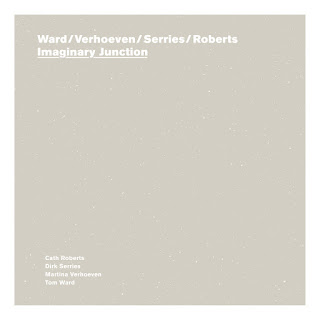 I had wanted to hear more from Cath Roberts ever since I reviewed some of her archival releases from the beginning of the pandemic. When I saw Imaginary Junction, with NWJ label-owner and prolific guitarist Serries in addition to Verhoeven (see above) and the hitherto-unknown-to-me Tom Ward on other reeds and flute, I jumped at the opportunity to listen. As far as Roberts’ work, this is some of the best I have heard yet.

The musicians here are remarkably responsive given the situation. This sounds like good, practiced, live improv. And, in a sense, this is live. It was recorded in two locations – Brockley, England and Sint-Lenaarts, Belgium – simultaneously, though the two locations were reacting to each other remotely. For such a situation, however, this sounds remarkably tight. Sometimes Roberts and Ward dance together as the leads. At others Serries and Verhoeven enlace their strings. (I assume these are the duos respectively in Brockley and Sint-Lenaarts.) These, however, are hardly sections in the strict sense, even if the reeds tend to take the amelodic front and Verhoeven and Serries often provide the nonrhythmic backing. This is deeply steeped in European free improv, albeit with the tonal dynamics and odd sounds that root it more firmly in the present. In short, it shows Roberts, Serries, Verhoeven and Ward can hold their own and create some truly compelling music together even in unconventional circumstances.